From the Editor-in-Chief’s desk: Your May 19 briefing

Rugby 7s is back, and we have a story on the return of lanky forward Sevuloni Mocenacagi in The Fiji Times’ edition for Thursday, May 19.

He was handed a suspension and had his contract terminated. Now he is back with a vengeance it seems, in time for the France leg of the World Rugby 7s Series.

## The lead story though on Page 1 is about a letter written by a former newspaper publisher and political commentator on the Girmit experience.

Thakur Ranjit Singh believes it is impossible to speak about the Girmit experience without saluting the greatest historian of the indentured labourers, the late Professor Brij Lal.

He said this in a letter to People’s Alliance Party leader Sitiveni Rabuka where he expressed gratitude to the former prime minister for granting recognition to the plight and contribution of the Girmitiyas.  “It was distressing to us that Mr Bainimarama and Mr Sayed-Khaiyum had banned this famous son of the Girmitiyas and an architect of the 1997 constitution, from visiting his homeland,” said Mr Singh.

Read his story in The Fiji Times.

Here are some headlines that made The Fiji Times for Thursday.

THERE could be an increase in the price of hardware products in the near future, says R C Manubhai Group official Ashish Kumar.

THE introduction of lockdowns in some of China’s biggest cities is leading to a backlog of products imported to Fiji.

THE superyacht Amadea is the responsibility of the Attorney General while in Fiji, Director of Public Prosecutions Christopher Pryde said.

OPPOSITION MP Suliano Matanitobua owns the land and the people in the province of Namosi as the Turaga na iTaukei and Vunivalu of Namosi. 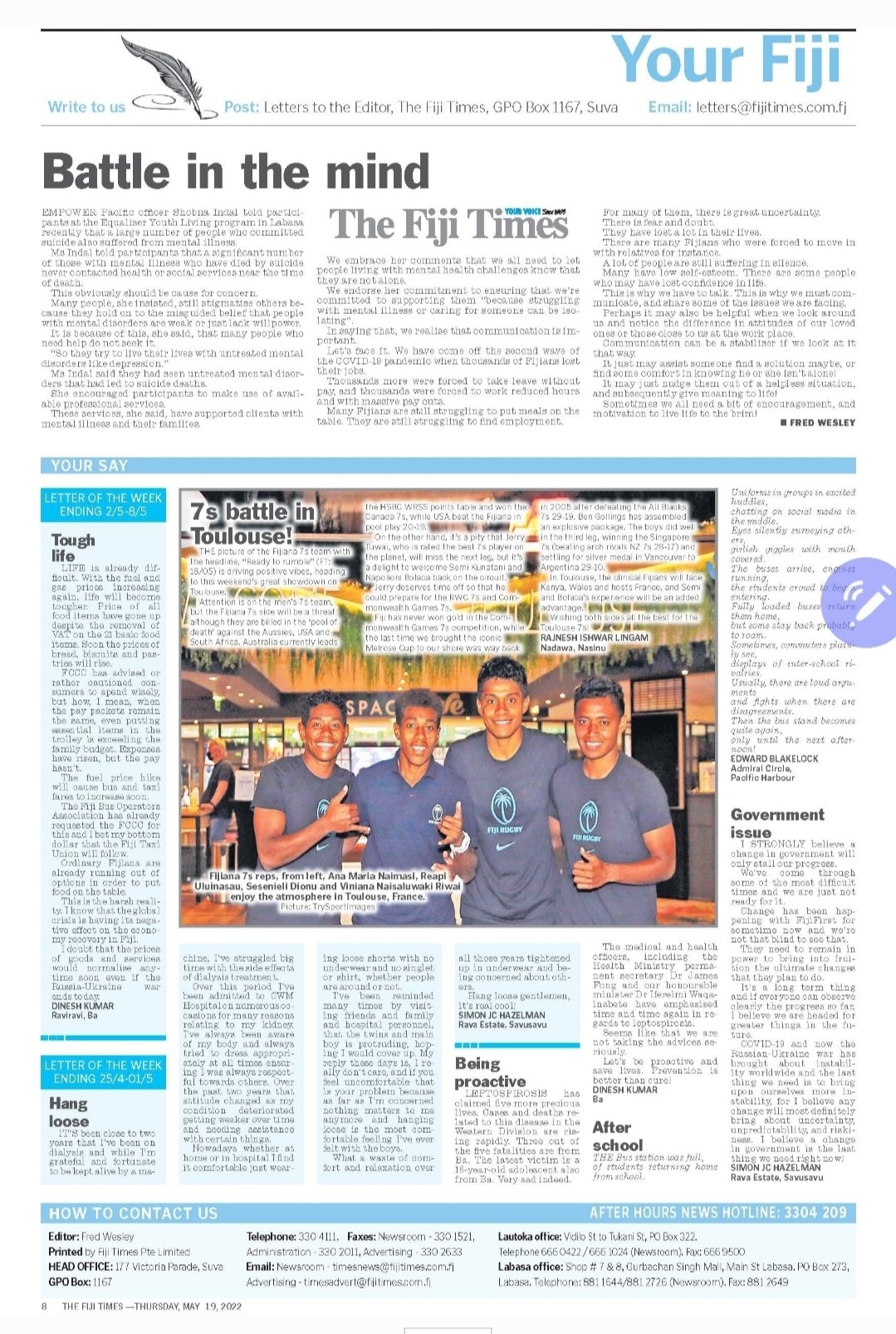 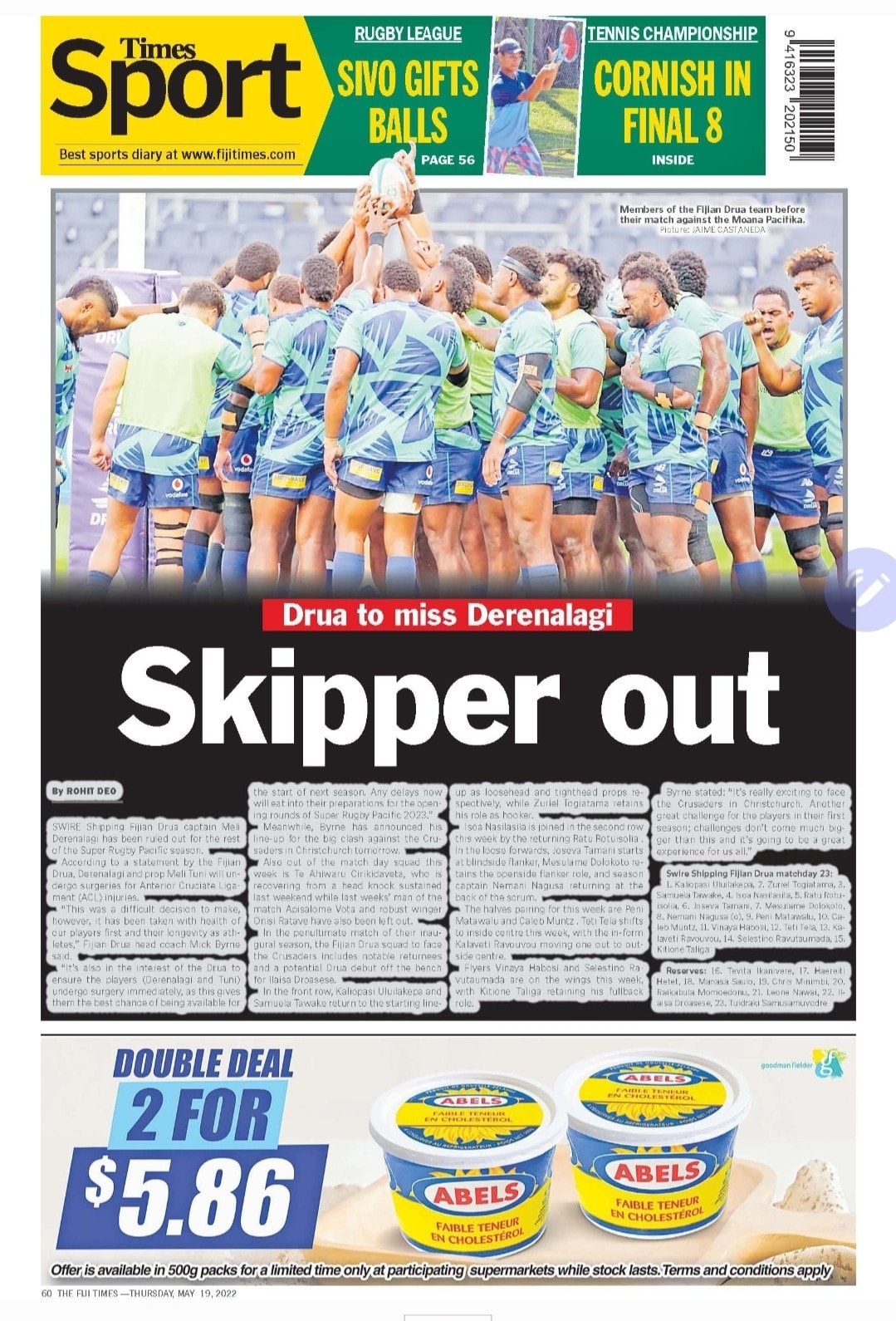 SPONSORS of the annual Fiji Finals athletics competition have confirmed that the meet date has been moved to August. Coca-Cola Euro Pacific Partners Fiji’s leadership team’s Lawrence Tikaram cited a pre-booked international meet as one of the primary reasons for the change.

There’s more to read inside but you’ll have to get a copy to know what we are talking about.

You can call our Circulation Department for our subscription rates. Call us on phone: 3304111 and talk to Setaita, Jervis or Shamal.

Think about it! They could organise the delivery of your newspaper fresh off the press every day, right to your doorstep.

No hassles, no worries!

Prefer to read the newspaper online? Then try out the e-edition! There are simple instructions to follow to get to the daily edition!